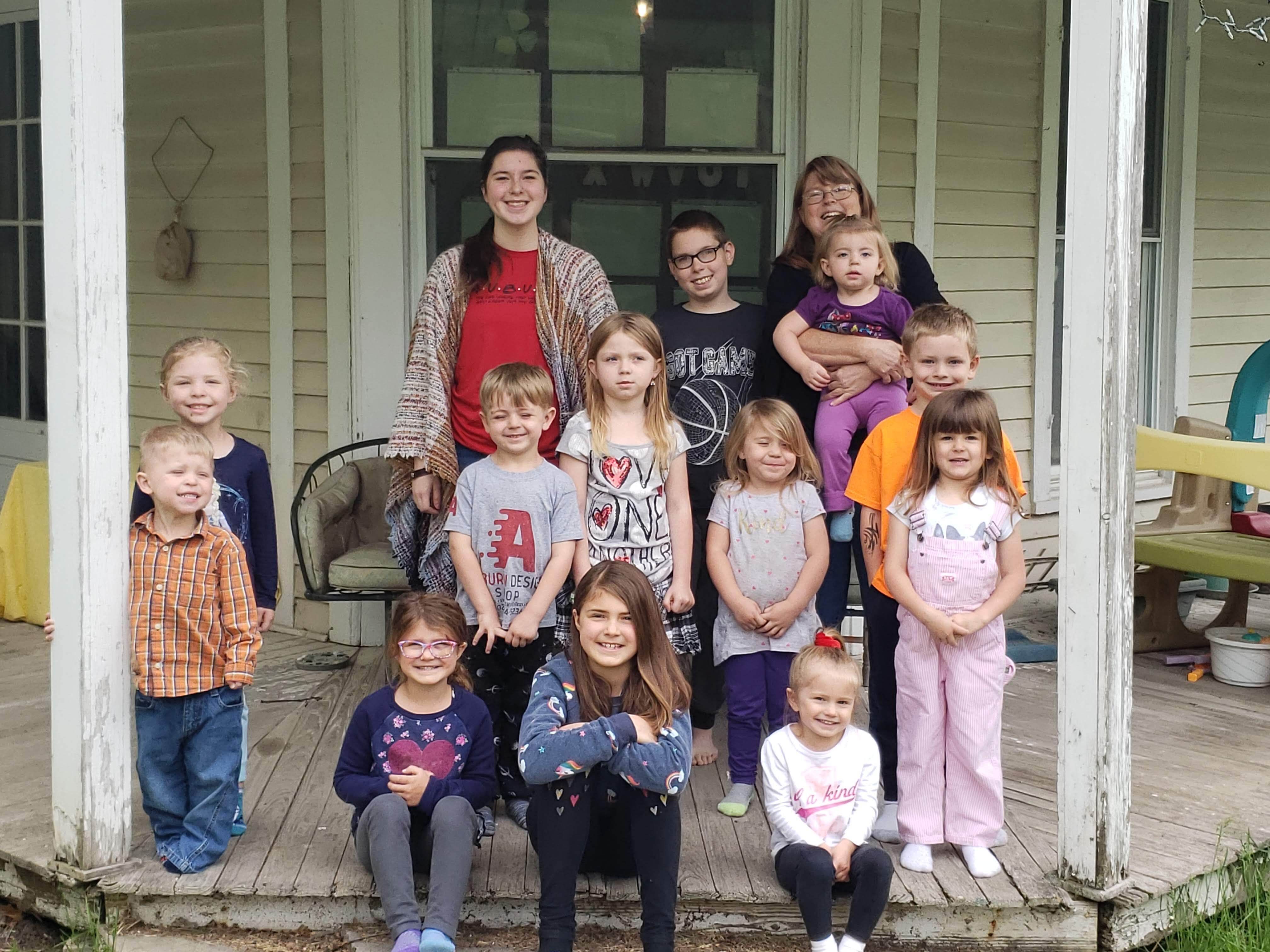 Penny Gerking is the owner of Little Gerkins Childcare in Auburn, Nebraska. She’s been in the business for almost 15 years and has accomplished much in that time. She is the first in her county to reach Step 5 of Step Up to Quality Certification, and she has grown her business from a “Family 1” to a “Family 2” facility. But for all her successes, she describes a dilemma that faces many early childhood professionals.

“We’re adults working all day with kids on our own,” she says. “We want to be able to be around like-minded people.” But too often, providers like Penny can’t find peer groups during the evening and weekend hours when they don’t have children under their supervision.

That changed for Penny and other providers around the state when in 2021 the Nebraska Center on Reflective Practice began offering Facilitating Attuned Interactions (FAN) training to in-home childcare providers. The Nebraska Center on Reflective Practice (NCRP), which is part of the UNL-CCFL Nebraska Resource Project for Vulnerable Young Children, utilizes funding provided by the Preschool Development Grant to provide ongoing reflective consultation to Family Childcare Home Providers (FCHP).  “The trained facilitators use the FAN model of reflective practice when facilitating these groups,” says Tracey Kock, who has been NCRP’s Reflective Practice Outreach and Training Specialist for the last year and half.

Kock had worked in child welfare for over 8 years, utilizing her social work background as a supervisor before moving to a director’s position. She had also worked some in childcare before that when she was a stay-at-home mom. During her time as a supervisor at PromiseShip, she went through FAN training and began using it with her staff. During a pilot of the program in a courtroom setting , she said she saw “what a great impact it had on all the professionals involved.” She thus jumped at the opportunity to be hired in her current position.

The Nebraska Center on Reflective Practice currently provides four FCHP reflective consultation groups with approximately 20 participants; one group is facilitated by Tracey.  These groups meet twice a month in the evening or on weekends to allow providers to meet when they don’t have children in their homes. Participation in the reflective consultation groups qualifies for ongoing professional training hours required for licensing. Participants are also able to earn a gift card to a teacher supply store to purchase items for their programs.

Kock works with a group of 5 providers that come from North Platte, Auburn, Palmer, Columbus, and Omaha. She says of the sessions that they are opportunities for providers to talk about the issues they face, to share professional prospects, to discuss ongoing trainings such as Step Up to Quality and how they are working with it, and to find like-minded people to talk to. As she puts it, “they’re working all-day in their homes without co-workers to talk to.” Each session follows “the Arc of Engagement,” beginning with a check in on how each member is doing. Kock then asks who has something to talk about. Members share their thoughts on the topic at hand, and then other members can raise new issues if time permits. The session ends with a takeaway key idea from the discussions.

Kock says the consultations have been very productive, allowing members to address concerns such as “should I raise my rates,” “I need to have a living wage,” and “Should I be able to take a vacation.” She notes that discussions often produce practical ideas. One provider, she says, shared ideas for an “outdoor classroom with a garden area and a water center.” She goes on to say, “I just love working with this group of people. They are so dedicated. They don’t get enough recognition for the work they do.”

Gerking, who joined Kock’s group after another member recommended it, says that being with a group where members can bounce things off each other has been hugely beneficial. She describes how the FAN techniques helped her in communications with parents. Previously when parents were unable to pay, for example, she took it as a personal affront. But she says that FAN has improved her parental relationships. “I feel more professional rather than reactive,” she adds.

Gerking uses FAN calming techniques in her daily interactions and comments that her first response to any situation now is to ask herself how the other person is feeling. She even uses techniques with her children and helps them come up with solutions to their problems so that they know how to work through situations when she isn’t there to guide them. She says she even “sees them using it with each other, which is cute.”

Gerking is not the only who has found the sessions helpful. One provider said, “Reflective consultation is a component I didn’t know was missing from my professional life. I look forward to the twice monthly check-ins and collaborations.” Another provider said, “It has improved my confidence in myself and my ability to communicate effectively with others.  It is one group I look forward to each week/month.” With responses like these, Kock says that she would love to see the program grow. “There’s such a need,” she says. It does seem clear that the reflective consultations are building communities for early childhood professionals who seek to interact with others who have similar experiences and where they can share their stories, their successes and challenges as well as help each other navigate the system to ensure they are benefiting from all the supporting programs that are available.